Earn up to $5 per survey as well as gift vouchers, free products and more!

Is Australia the Best Country to Live in?

Australia has come out tops for the third year running as the best country to live in compared to the 35 other industrialised countries. The OECD survey judged this based on factors such as income, health, jobs, education and community spirit. 84% of Australians said they were happy with their lives. But are Australians really content? Is life really better here? 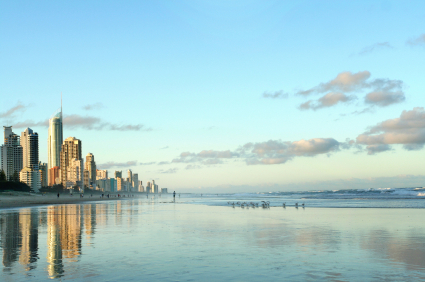 If you ask the average Australian (a 37-year-old mother of two living in the suburbs) the response might be less than jubilant. Life in Australia for a mum with young kids is a constant rush for time.

It Probably is Anywhere in the World

But in a culture of self-sufficiency, Australian women seem to take on a lot; clocking in paid work, housework and childcare in each vacuum-packed day. Australia has a large migrant population with few local ties. Whether you are in paid work or not, many mums often find the daily agenda a struggle without help from extended family.

In a recent Save The Children survey of where the best country to live in for mums is, Australia came out tenth, behind countries like Finland, Sweden, Denmark, Spain and Germany. Australia may have good maternal health care, child mortality and political representation but there are still a few issues to contend with.

Child care is expensive. There are not many places to enrol your kids in when they are young.
And at the same time, there is increasing pressure to join the workforce, financially and socially.

While migrants from developing countries flock in with hopes of a better quality of life it is sometimes ambiguous what this better quality of life is. In Melbourne, childcare is about $80 a day or $1600 a month. In Malaysia, you can get a live-in helper for $200 a month to help you with everything from daily cooking and cleaning, to washing your car. Luxuries like foot massages can cost $10 and you can hop out to get them without having to pay $20 an hour for a babysitter.

Nevertheless Australia remains today’s land of opportunity. Seven million people have migrated to Australia since 1945 and one in every four Australians was born overseas.

In comparison, Australia has a lot going for it. Full-time employees work about 32 hours a week (compared to 55 in Singapore). Paid maternity leave is at least four and a half months. In many Asian countries, mothers are back in the boardroom after two months.

Even though things are expensive, the monthly pay check tends to go further. With lower interest rates, cheaper cars and food items, purchasing power in Australia is higher than in most countries.

Of course, along with all these benefits come a complexity of inter-cultural issues. How do you maintain a national identity among people who have come from places as varied as China, India, Philippines and the UK?

But this is the way the world is going. Australia is committed to a policy of multi-culturalism and embraces a culture of shared values. It allows those who call Australia home to practise and share their cultural traditions, free of discrimination. People are bound by a culture of justice, fairness and respect, if not always in practise, then at least in legislation.

So Where is the Best Place in the World to Live?

You could argue for hours and the answer would be the same. There is no best place. In between the facts and figures of world surveys, lie plenty of idiosyncrasies which are the very things that give a nation its character and soul. But if you like a country where things are fair, where fairness is in the constitution, Australia offers a quality of life as good as any.

Australia is a melting pot of what the world is becoming. Asian work ethic and Western meritocracy. There is a strong spirit of self-reliance among this migrant nation, from fixing your home to taking care of your children. With this independence comes a sense of empowerment. Of course, the abundance of fresh air and clean water also helps.

5 Online Jobs for Stay at Home Moms
Top 10 Savings Tips for Stay-at-Home Moms
How Can Mums Make Money From Home in Australia?
Is Australia the Best Country to Live in?
Winter Activities for Kids: Free and Cheap Things to do in Melbourne

Is Doing Online Surveys for Money Safe?
15 Ideas to Control Your Spending Habits
Budget Friendly Kids Birthday Ideas
8 Last Minute Gifts That Are Sure To Impress
5 Online Jobs for Stay at Home Moms