Earn up to $5 per survey as well as gift vouchers, free products and more!

How to Plan the Perfect New Year’s Eve

New Year’s Eve is by far the most talked about night of the year, but with so much happening it can often be hard to come up with a good plan. The following ideas will make it easy to plan the perfect New Year’s Eve this year. 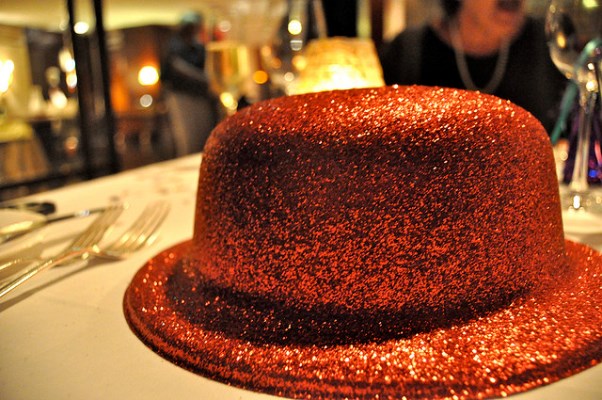 The best approach to New Year’s Eve is to avoid trying to do too much, as the more elaborate your plan the more there is that could go wrong, especially if there are a lot of people involved. Keeping your plan simple will take a lot of the stress out of your night and increase the chances of your New Year’s Eve being just the way you imagined.

If your plan involves dining at a restaurant, hiring a car or attending a ticketed event of any sort, make your bookings as early as possible. Almost everything will get booked up and sell out on New Year’s Eve, so unless you secure your plans early you may miss out.

The best New Year’s Eve celebrations will include all of your closest friends, so be sure that you are co-ordinating your plans with all of those important people. Having a good group to spend the evening with will virtually guarantee a great night, but it will often take a bit of planning to get everyone together. If you want to ensure your entire group of friends will be there involve them in the organising, as they will be more likely to attend if they have had a hand in crafting that master plan.

New Year’s Eve is a fantastic excuse to get all dressed up, so regardless of whether you are planning on a small gathering at home or partying all night in the city, go all out with your attire. Looking your best on New Year’s Eve is a great way to finish off the year in style and also provides a wonderful opportunity for some quality photos with loved ones.

It wouldn’t be New Year’s Eve without fireworks and regardless of where you live you shouldn’t have much trouble finding some. Whether you catch the early fireworks display on television, head to your local park or make the trip into the city for the big one, add a touch of dazzle to your New Year’s Eve by planning to see at least some of the fireworks.

Safety is a crucial part of any New Year’s Eve plan and it is vital that you put some thought into it before the big night rolls around. If your group will be out in large crowds it is a good idea to use a buddy system, as this will prevent anyone from being separated and ending up alone. Having a designated driver is a smart move if your group will be drinking, otherwise plan to get dropped off, take taxis or use public transportation. Regardless of how you do it, make sure that your plan involves getting everyone home safely, even if it means having your entire group spend the night at your place.

New Year’s Eve celebrations generally get started off quite early, so if you want to ensure you even make it to midnight you will need to pace yourself. Whether you take an afternoon nap, start your celebrations a little later or at least hold off on the alcohol until after dark, avoid peaking too early because it’s going to be a long night.

While no one seems to forget to plan for their New Year’s Eve beverages, many forget about food which can be a big mistake. Without enough to eat you will not only be more affected by any alcohol you drink, but you will also struggle to keep up your energy throughout the night. Whether you eat before you go out, take snacks with you or have food waiting for you when you get home, be sure to make food a part of your New Year’s Eve plan.

A good New Year’s Eve celebration can help to finish off the year in style and leave you feeling optimistic for the year ahead, so make this New Year’s Eve the best one in ages by doing a little planning.

Is Doing Online Surveys for Money Safe?
15 Ideas to Control Your Spending Habits
Budget Friendly Kids Birthday Ideas
8 Last Minute Gifts That Are Sure To Impress
5 Online Jobs for Stay at Home Moms